BATTLE OF THE BATTS: EPISODE 2 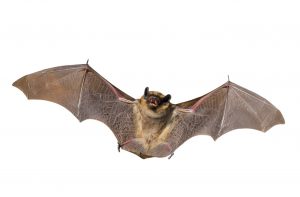 Tasman has manufactured and sold insulation in New Zealand under the PINK BATTS brand since 1973. The brand holds 75% of the New Zealand home insulation market with an annual advertising and promotion spend of approximately $1.7 million.

Knauf is a large German manufacturing company with a global presence. In 2011 Knauf entered the New Zealand market by exporting insulation rolls for sale here and, in the process, used “batts”, albeit in a low-key manner. While Knauf’s insulation rolls bore the EARTHWOOL brand, “BATT” appeared in an oversticker on the product. Other packaging material referred to “Knauf batts”, “batts” and “Batt”. Earthwool’s website also used “batts” and the website’s HTML code included “Batt”.

The parties were soon embroiled in a legal battle which included:

a) a trade mark infringement proceeding by Tasman against Knauf; and

b) an application by Knauf to revoke Tasman’s BATTS trade mark under s.66(1)(c) on genericism grounds.

a) Knauf’s revocation application failed. “Batts” had not become a generic name for insulating materials. Even if it had, this was not as a result of acts or inactivity by Tasman;

b) the words used on Knauf’s packaging and website (other than in the HTML code) were not trade mark use so that Tasman’s infringement claim failed;

c) Knauf’s use of “Batt” in its HTML code was infringing.

Neither party was satisfied with the outcome and both appealed the decision.

The Court of Appeal Decision

The Court first considered whether s.66(1)(c) applied retrospectively. It reversed Justice Brown’s decision that it did not. The Court identified main changes in s.66(1)(c) from its predecessor, s.24(1)(a), as including:

a) the replacement of “a well known and established use of the word … as the name or description of the article … by … persons carrying on a trade” with “a common name in general public use for a product or service”;

b) the additional requirement that the generic use has come about “in consequence of the acts or inactivity of the [trade mark] owner”.

The Court rejected Tasman’s argument that because the new provision refocused the inquiry from the trade to the relevant public and introduced a causative requirement, it would be unjust to give the provision retrospective effect. Instead, the Court held that:

a) the presumption that an enactment is not retrospective may give way to the context of the enactment;

b) the Act made specific provision for time periods for trade mark revocation in relation to s.66(1) and (b) but did not apply any time period to s66(1)(c);

c) considering acts and inactivity retrospectively did not result in significant injustice as this has always been a relevant consideration when assessing genericsm.

Whether batts had become a generic

The Court examined the exhaustive scope of Knauf’s search for evidence of genericsm which comprised:

a) an analysis of 12,653 listings on Trade Me using “batt” or “batts” in either the title or body of listings sorted into categories based on where “batt” or “batts” appeared and whether it was accompanied by “Pink”. The Court held that the fact that 17.8% of the listings which made no reference to “Pink Batts” was insufficient to show “batts” had become generic when over 80% (9,926) of the listings referred to “Pink Batts” establishing public brand recognition;

b) a summary chart of searches of publically available New Zealand resources and material excluding searches that contained “Pink” before “batt” or “batts” or where use was directly attributable to Tasman. The Court held that the exclusion of references to the correct use of the mark seriously detracted from the weight that could be given to the descriptive use identified in the chart;

c) an analysis of dictionary entries. Here the Court agreed with Justice Brown’s finding that “batt” appeared to have been derived from ancient English use of “batting” to describe fibres used as filling for bedding or hat making. The Court considered it unlikely that “batts” was in common usage in New Zealand before Tasman’s 1973 registration of Pink Batts.This was confirmed by the fact that the first appearance of the term in the New Zealand Dictionary in 1994 included reference to “pink batt” as a proprietary name. Although some subsequent dictionaries referred exclusively to “batts” generically, the Court considered this was likely to be explained by the use of that term overseas and did not displace PINK BATTS’ high level of brand recognition in New Zealand;

d) 20 academic papers which the Court found were unlikely to “be readily accessible to the general public”;

e) 14 generic references from various online forums and listingsdescribed by the Court as paling into insignificance when compared to the non-generic Trade Me listings;

f) 19 generic references in decisions of New Zealand courts and tribunals said by the Court to be “difficult to assess … in terms of public perception in the marketplace”;

g) 71 generic references in local or regional authority documents such as district plans and brochures of a technical nature, the overall significance of which the Court found was “difficult to assess particularly in the context of [Knauf’s] evidence that the Department of Building and Housing issued more than 1,200 decisions, some of which may have used the term “batts” correctly”;

h) 37 generic references in news media, a comparative analysis of which the Court said was hampered by the absence of instances of correct use of the mark;

i) 20 generic references in patent and trade mark applications and registrations, the majority of which the Court said appeared to be applications by foreign proprietors, not reflecting “the perception and understanding of the term “batts” amongst the relevant public in New Zealand”;

j) 51 generic real estate listings determined by the Court to be insignificant when compared with Tasman’s evidence citing one real estate website alone annually listing 130,000 new homes and 70,000 for rent;

k) 13 generic references in material from industry bodies, the majority of which emanated from BRANZ Ltd, use of which ceased after contact from Tasman;

l) 78 trade references which the Court found, to some degree, to be supportive of generic use.

The Court acknowledged Knauf’s evidence from an ex-employee of Mitre 10 and Carters who said that the vast majority of customers he dealt with used the term “batts” to describe a type of insulation, whether branded PINK BATTS or otherwise and the zenith of Knauf’s evidence which came from one of Tasman’s own witness who, when queried by Justice Brown, described “batts” as a generic term for insulation, as establishing “not insignificant” use of “batts” in a generic sense.

The Court upheld Justice Brown’s decision that Knauf had not satisfied the burden of proving that “batts” had become a common name in general public use. Some use in a descriptive sense was not enough to establish genericsm. The extent of descriptive use must be shown to be established and wide spread. It did not matter that “Batts” was not always used in conjunction with “Pink Batts” because the two words are strongly associated in the public’s mind.

Here the Court held that, if it was wrong to conclude that Knauf failed to establish genericsm, it failed to prove the causation element of s66(1)(c); that genericsm was a “consequence of acts or inactivity of the owner”. The Court observed that:

a) the obligation is not absolute; a trade mark owner is not required to eliminate all inappropriate use of the mark but has to take reasonable steps to ensure the mark retains its essential function;

b) while using a descriptor may help to stop a mark from becoming generic, there is no hard and fast requirement for the owner to do so;

c) the increased use of the internet, may accelerate the process of a mark becoming generic, emphasising the need for owners to be more vigilant;

Use of “Batt” and “batts” on Knauf’s packaging

The Court endorsed the decision of Justice Brown, that use of “Knauf batts”, “batts” and “Batt” on Knauf’s packaging and “batts” in a single, small print sentence at the bottom of a page on Knauf’s website (“The … packaging of EarthWool® has increased the quantity of batts in every bag …”) were not likely to be taken as trade mark use.

The Court held that although “batts” had become strongly associated by the public with PINK BATTS, it did not follow that whenever the terms “batt(s)” or “BATT” are used by others, the use is infringing. That would only be so if the word was inherently incapable of being used other than in a proprietary sense as with a made-up or “fancy” word having no descriptive meaning.

Use of Batt in the HTML Code

HTML is the underlying source code used to create web pages telling the browser how to display a web page. The code is not visible when users visit a website.

Here the Court reversed Justice Brown’s decision that use of “Batt%20MastaBag.jpg” on Knauf’s website, amongst many other lines of code, was infringing use.

The Court was attracted to the decision in Intercity Group (NZ) Ltd v Nakedbus NZ Ltd [2014] NZLR 177 which determined, in the context of Google Adwords, that if consumers could not see the impugned words, they could not make a judgment as to whether they were used as a trade mark so that keyword use of “inter city” did not infringe Intercity’s registered marks.

The Court said that the issue was not what Knauf may have intended to achieve in using “Batt” in its HTML code but what meaning prospective purchasers were likely to take from the words if they had access to them. The Court, noting the absence of any expert computer evidence on Tasman’s behalf, held that the evidence fell short of establishing that use of “Batt” in Knauf’s HTML would convey to a substantial number of normally informed, attentive users that the word was used as a trade mark. There was no evidence as to why and how consumers might access the code and what they would make of it if they did. Therefore it was unlikely that the HTML code would have meaning or significance to prospective purchasers.

Despite the established generic meaning of “batts” overseas, the fact that the word had not similarly established itself in the New Zealand lexicon until Tasman introduced PINK BATTS to the market 40 years ago and heavily promoted it, posed a high hurdle for Knauf. Knauf’s exhaustive search for generic use, which had produced not insignificant results, was thwarted by that use being dwarfed by Tasman’s promotion and sales to the public.

The fact that Knauf was able to avoid a finding of infringement, with strategically worded descriptive use, was unsurprising. However the Court was alert to Knauf’s ulterior motive to undermine Tasman’s trade mark rights, indicating that had it gone further, its use would not have been in accordance with honest business practices.

In relation to the Court’s finding that Knauf’s use of “Batt” in its HTML code was not infringing, it would have been helpful for the Court to have had expert evidence from Tasman as to the fact that the code is used by search engines such as Google in displaying search results and that informed users can view the HTML code of a website by right clicking on any page and selecting “view source.” For now the case represents authority that use of a competitor’s mark in HTML code is not trade mark use.