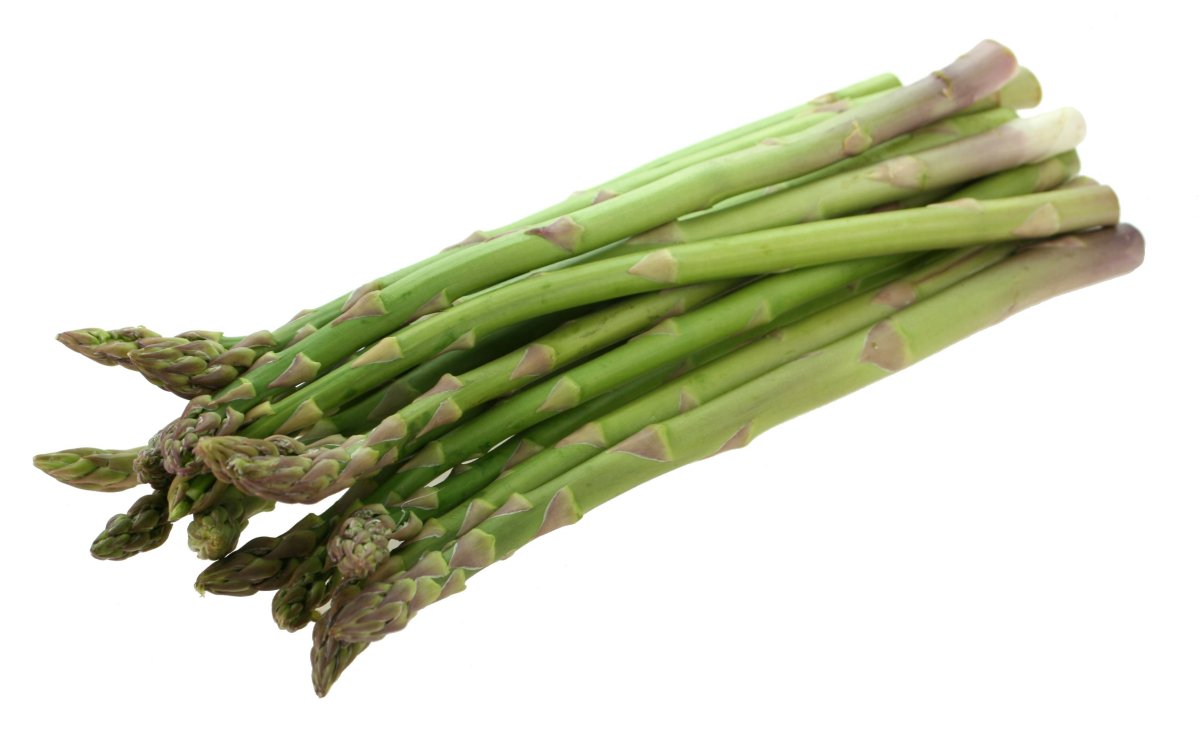 In what has been one of the longest-running copyright infringement cases in the annals of New Zealand intellectual property law, Justice Hinton in the High Court has awarded record damages of $4.1 million to the first plaintiff in Oraka Technologies Limited & Ors v Geostel Vision Limited & Ors.[1]

More remarkable is the fact that the sole issue dealt with in the case was whether the first plaintiff could recover “third-party” losses of the third plaintiff.

A Brief History of the Oraka Grader Business

Michael Schwarz began developing an asparagus grading machine, the Oraka Grader, in the early 1980s when world-wide asparagus was still being sorted by hand. He spent many years designing the machine. Finally, in or around 1993, Mr Schwarz, having perfected the design of the cup assembly which was the key component of the machine’s successful operation, began commercial manufacture and sale of the Oraka Grader world-wide. Mr Schwarz and his wife incorporated Oraka Technologies Limited (OTL) through which to run the business. At all times, OTL’s directors and shareholders were Mr and Mrs Schwarz.

Shortly after its incorporation, Mr Schwarz assigned copyright in the machine to OTL. In 1996 OTL got into financial difficulty and stopped trading. A further company, Oraka Technologies Holdings Ltd (OTHL) was incorporated. Mr and Mrs Schwarz were again directors and shareholders but two additional parties each held a 15% shareholding in the company. OTHL stepped into the shoes of OTL and manufactured and sold the Oraka Grader between late 1996 and 2001. Subsequently Mr and Mrs Schwarz bought out the shareholding of the two additional parties.

In 2000 Mr Schwarz suffered a heart attack at which time his two adult children, Robert and Anne-Maree Schwarz, came to the assistance of the business. In 2001, at the instigation of Mr Schwarz, a further company, Oraka Graders Limited (OGL), was incorporated. Neither Mr Schwarz nor his wife were directors or shareholders of OGL. Instead Robert and Anne-Maree Schwarz held those positions.  OGL stepped into the shoes of OTHL in manufacturing and selling the Oraka grader under an informal oral licence from OTL.

When, in 2001 Mr Daynes and Mr Robertson joined forces to incorporate the first defendant, Geostel Vision Limited (Geostel) to manufacture and sell a competing asparagus grader, NTD assisted Geostel by designing and manufacturing a cup assembly for Geostel’s rival grader.

The proceeding against Geostel, Mr Daynes, Mr Robertson and NTD was commenced in 2005 after the plaintiffs (OTL, OGL and Mr Schwarz) learnt of the existence of the Geostel grader. The plaintiffs alleged that the defendants had infringed copyright in the design of the cup assembly. NTD maintained that the design drawings produced by it were owned by NTD by virtue of s 21(3) Copyright Act 1962 which provides that where a person commissions the creation of artistic works (here, drawings) that person is the owner of copyright in the work.

Procedural History of the Litigation

The case went to trial in 2008 before Justice Allan. In a judgment issued on 18 February 2009,[2] the Court held that there had been no relevant commissioning agreement between the plaintiffs and NTD vesting copyright in the cup assembly in the plaintiffs. Therefore the plaintiffs’ claim failed at the first hurdle because they had not proved ownership in the copyright works alleged to have been infringed.

The judgment of Justice Allan was reversed on appeal with the Court of Appeal, in a decision dated 8 June 2010,[3] determining that the plaintiffs had indeed commissioned NTD to prepare the cup assembly drawings.

The Court remitted the proceeding to the High Court to determine whether the plaintiffs’ copyright had been infringed. This led to the second judgment of Justice Allan in which the plaintiffs again failed, the Court determining that:[4]

… this is one of those rare cases where, notwithstanding clear evidence of use of the plaintiffs’ works as a starting point, the plaintiffs’ claim must nevertheless fail…  they have [not] demonstrated  sufficient  objective  similarity  between  their  works  and  those  of Geostel.

The second judgment of Justice Allan was reversed on appeal with the Court of Appeal, in a decision issued on 18 April 2013,[5] determining that the defendants had infringed OTL’s copyright in the cup assembly. The Court remitted the proceeding to the High Court for an inquiry into damages.

A subsequent application for leave to appeal to the Supreme Court was refused.[6]

The inquiry was held over 3 days in April 2016. OTL sought damages of $4.1 million. Geostel and its directors (Mr Daynes and Mr Robertson) were unrepresented being apparently impecunious. NTD’s defence of the claim rested on the premise that OTL had suffered no loss; the loss of $4.1 million having been suffered by OGL.

Justice Hinton[7] acknowledged the established principles that damages in copyright infringement cases are to be liberally assessed, the defendant being a wrongdoer, but on the basis that they are to compensate the plaintiff and not punish the wrongdoer.

In terms of policy considerations, the Court considered as relevant the often-quoted passage from the judgment of Lord Clyde in the contract case, Panatown Ltd v Alfred McAlpine Construction Ltd:[8]

The problem which has arisen in the present case is one which is most likely to arise in the context of the domestic affairs of a family group or the commercial affairs of a group of companies. How the members of such a group choose to arrange their own affairs among themselves should not be a matter of necessary concern to a third party who has undertaken to one of their number to perform services in which they all have some interest. It should not be a ground of escaping liability that the party who instructed the work should not be the one who sustained the loss or all of the loss which in whole or part has fallen on another member or members of the group. But the resolution of the problem in any particular case has to be reached in light of its own circumstances.

Justice Hinton went on to consider the Australian copyright infringement decision, Insight SRC IP Holdings Pty Ltd v Australian Council for Educational Research Ltd,[9] arising “out of facts broadly analogous to the present.” In that case copyright in the relevant work, a school organisational questionnaire, was held during the infringing period by a Dr Hart, who informally licensed it to Insight SRC Pty Ltd (Insight SRC) of which he was the major shareholder. The question was whether Dr Hart, in his personal capacity, could claim damages for business lost by Insight SRC.

In a unanimous decision of the Full Court of the Federal Court held that Dr Hart had suffered loss because, as a result of the defendant’s infringement, Dr Hart had lost the ability to cause Insight SRC to generate a profit of $130,000.

In agreeing with the Full Court in Insight SRC Justice Hinton considered that OTL, who owned the copyright, lost the opportunity to cause OGL to enter into contracts that would have generated a profit of $4.1 million for OGL. Such causative effect was not dependent on OTL having ownership or control of OGL. It arose primarily out of OTL’s ownership of the copyright and its informal exclusive provision of the copyright to OGL.

In any event, if ownership or control is required, Justice Hinton held that OTL’s position was comparable to Dr Hart’s. It was engaged in exploiting commercial activities relating to the Oraka Grader through its indirect interest in OGL and through Mr Schwarz; the parties all operating as an informal group. OTL’s interest is not one of legal ownership or legal control, but it is in a similar category. Further, the uncontested evidence is that, rightly or wrongly, OGL was like a proxy for OTL so that OTL was effectively exploiting its copyright through OGL.

New Zealand damages inquiry decisions in copyright infringement cases are few and far between. No previous New Zealand decision has addressed whether a successful plaintiff in an intellectual property case can recover loss sustained by another party.

The decision, although comparatively short, running to just 17 pages, is a bold and principled one reflecting the established principles that for this statutory tort there are still a wide range of pecuniary remedies available; that quantum is not assessed by reference to any strict or consistent formula and that damages can be awarded for lost opportunities.

Whether this decision represents the end of the line in this long running saga is yet to be seen.